To have the optimal experience while using this site, you will need to update your browser. You may want to try one of the following alternatives:

How To Distinguish Mildew From Mold 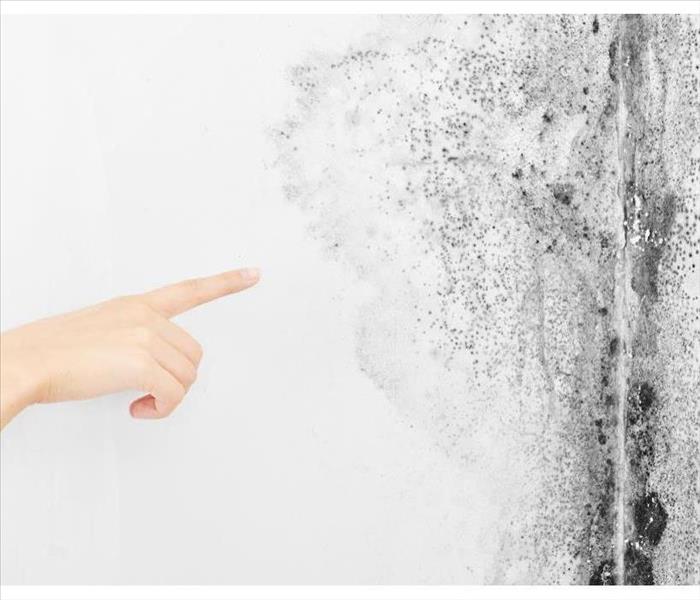 Mold damage is an extremely destructive force. If you detect an invasive fungus within your home, however, remain calm. You may just be suffering from mold’s funky cousin, mildew. Learn to spot the differences between the two and know whether a serious concern is warranted.

Similarities Between Mildew and Mold


It should come as no surprise that these fungal interlopers are often confused for one another. Both of them:

Despite the fact that they can each be harmful and require treatment, mold damage remains the far greater threat.


Differences Between Mildew and Mold
The easiest way to distinguish between mildew and mold growth is by observing their colors. Mildew is generally gray or white, whereas mold often displays black, green or yellow hues.
The texture is another characteristic separating these dastardly spores. Mildew typically shows up in fluffy or powdery splotches. Mold, on the other hand, presents in either slimy or fuzzy textures and often takes on irregular shapes.
The final identifying factor is location. Mildew growth rests atop moist areas, whereas mold sinks its roots into materials like wood, making removal a far more difficult proposition. Mold tends to inhabit permanent structures. Mildew commonly finds its way onto damp surfaces and organic material that can either be rehabilitated or discarded.
Unlike mold, mildew is effortlessly removed through the application of off-the-shelf cleaners and vigorous scrubbing. On the flipside, mold triggers troublesome rot that often requires professional services to properly extricate, a process that can take days or even weeks to complete.
Both mildew and mold are capable of causing misfortune. While the former is a verifiable nuisance, the latter is able to bring about far greater complications. The moment mold damage is discovered within your residence in Acton, MT, contact a restoration specialist to bring the matter under control.